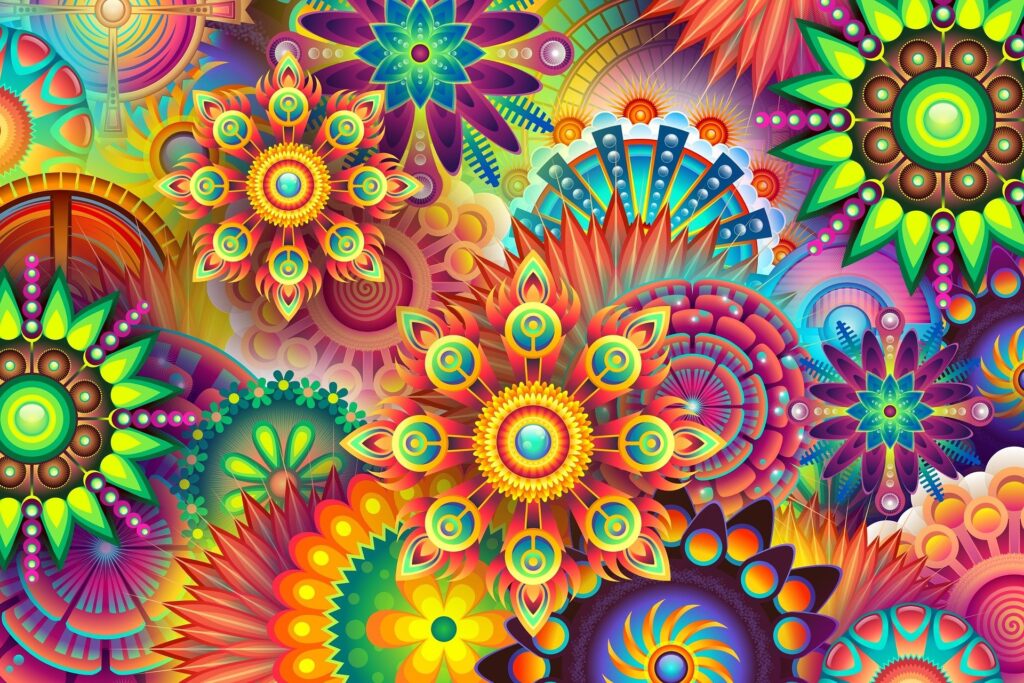 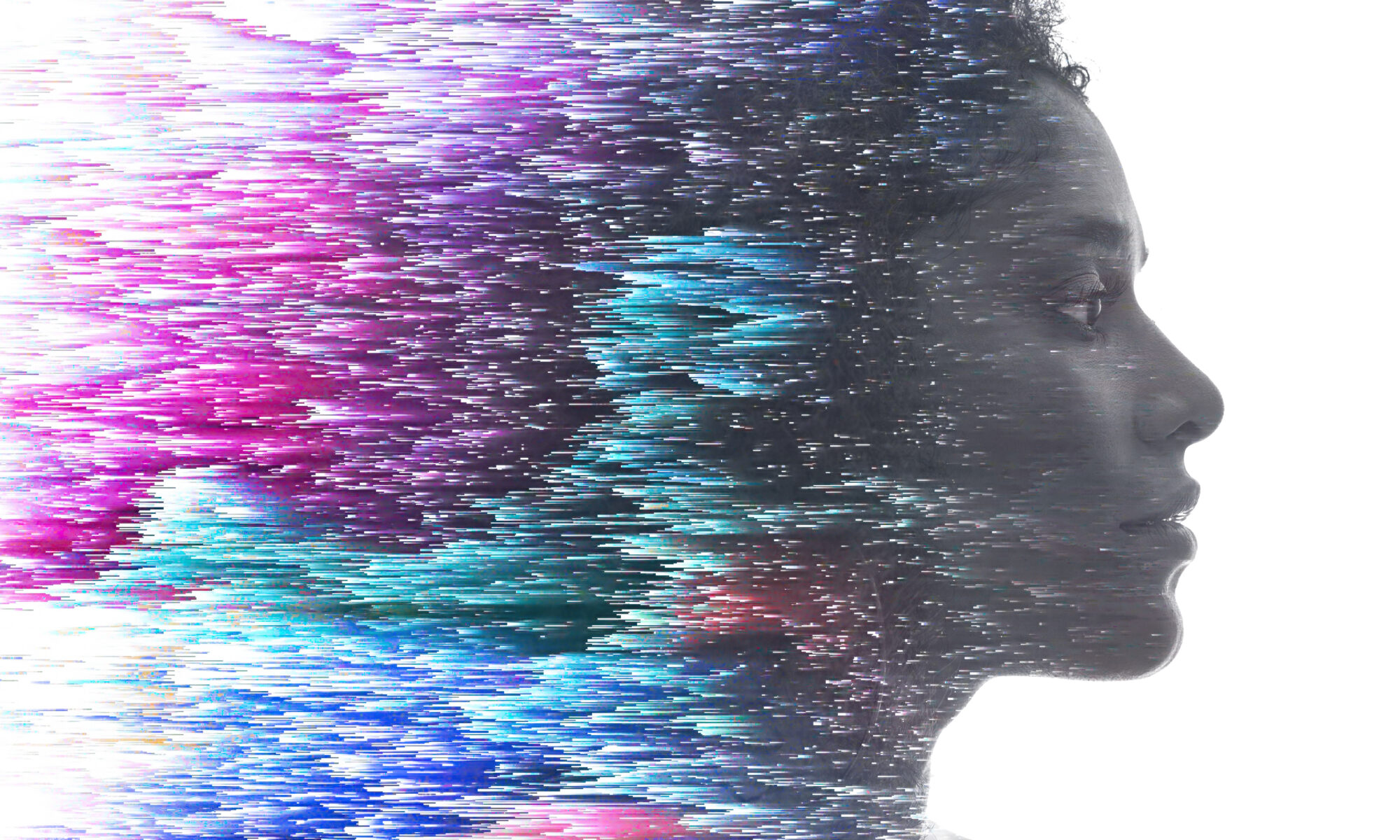 In recent years there has been a resurgence of interest in the therapeutic potentials of psychedelic substances within both clinical and non-clinical settings, with many seeking out psychedelics and plant medicines for spiritual purposes and attempts at self-healing. Psychedelics have the ability to catalyze immense shifts in our understanding and perceptions of reality as well as the potential to bring forth that which is latent within the psyche. Although the sudden eruption of psychic content or change in ways of seeing the world is at the core of psychedelic healing, it can be a destabilizing process that occasionally triggers a type of unintended psychological distress known as “spiritual emergency.”

What Is Spiritual Emergency?

The term “spiritual emergency” was introduced to the field of transpersonal psychology by psychiatrist Stanislav Grof and his late wife, psychotherapist Christina Grof, in the 1980s to refer to a kind of spiritual or transformative crisis in which an individual could move towards a greater state of integration and wholeness. In their groundbreaking book on the subject, Spiritual Emergency: When Personal Transformation Becomes a Crisis, the Grofs describe spiritual emergency as “both a crisis and an opportunity of rising to a new level of awareness.”

Intentionally constructed as a play on words, the term “emergency” indicates crisis, all the while containing within it the term “emergence”, pertaining to the process by which something becomes known or visible, implying that both—crisis and opportunity—can arise. The Grofs thus differentiate between a spiritual emergency and the more gradual, less disruptive process of spiritual emergence.

Compared with a spiritual emergency, the process of spiritual emergence sometimes referred to as ‘spiritual awakening’, consists of a slower, gentler unfoldment of psychospiritual energies that does not negatively affect an individual’s ability to function within the various domains of their life. Thus, spiritual emergence is a natural process of attuning to a more expanded state of awareness in which individuals generally feel a deeper sense of connection to themselves, others, and the world around them.

Conversely, cases of spiritual emergency usually share many characteristics with psychosis, and as such are often misunderstood and misdiagnosed. However, spiritual emergencies differ from psychosis in that they are not suggestive of long-term mental illness, and provide individuals with an opportunity to use their woundedness to go deeper into themselves and find healing.

The fact that the concept of spiritual emergency is not known and widely accepted beyond the context of transpersonal psychology is partially bound up with an age-old argument that has long permeated Western science and culture. In the culture at large, spiritual and mystical-type experiences have long been ridiculed and pathologized, being considered delusional and reflective of mental illness. Dominated by materialist approaches to consciousness and mental health, Western science generally lumps spiritual crises together with psychosis, attributing their origins to biological or neurological dysfunction and treating them on the physical level. However, in the context of transpersonal psychology, spiritual experiences are considered to be real and integral to the evolutionary development of the individual.

Inherent to the Grofs’ concept of spiritual emergency is their holotropic model that revolves around the central tenet that we have an innate tendency to move towards wholeness, possessing within us an “inner healing intelligence.” Similar to the way the body starts its own sophisticated process of healing when we injure ourselves physically, the psyche possesses its own healing intelligence that takes place unseen within us. Just like fevers fighting off infections, spiritual crises can be understood as the psyche’s way of signalling that imbalance needs to be overcome as it moves toward a state of greater integration.

Although experiences of spiritual emergency are highly individual, they all share the fact that the typical functioning of the ego is impaired, and the logical mind is overridden by the world of intuition. Scary and potentially traumatizing, spiritual emergencies can be interspersed with moments of fervent ecstasy in which an individual believes that they have special abilities to communicate with God or cosmic consciousness, giving way to a temporary messianic complex.

Conversely, a person might become possessed by a potent feeling of paranoia, feeling that the universe is conspiring against them, or they may feel detached from material reality, only connected to this realm through a fine, ephemeral thread. Happenings and material objects might become imbued with symbolic, other-worldly meaning. For some, it means spirit possession, compulsive behaviours which lead them to forget to eat and sleep, or a soul-crushing sense of depression that makes them choose to isolate themselves from others.

Although states of spiritual crisis can come about spontaneously, they can be triggered by emotional stress, physical exertion, disease, near-death experiences, childbirth, meditative practice, and exposure to psychedelics, among other things.

Psychedelics, in particular, have the ability to trigger spiritual emergencies in that they rapidly propel a journeyer from one state of consciousness to another in a mere matter of hours. If an individual is not adequately prepared, these sudden encounters with the numinous can be incredibly destabilizing and have challenging, unintended impacts.

Furthermore, psychedelics can activate parts of the psyche, throwing us off balance by rapidly bringing forth material from the unconscious that we need to integrate. The Grofs expand on this further in their book, Stormy Search for the Self: A Guide to Personal Growth through Transformational Crisis, writing, “Occasionally, the amount of unconscious material that emerges from deep levels of the psyche can be so enormous that the person involved can have difficulty functioning in everyday reality.”

According to Kyle Buller, Co-Founder and Director of Education here at Psychedelics Today, M.S. in Clinical Mental Health, and certified Spiritual Emergence Coach, psychedelics and engaging in spiritual and contemplative practices can make individuals more prone to spiritual emergencies. “Psychedelics and plant medicines open us up to new ways of seeing the world, and this new way of being or seeing can be destabilizing for some,” he says.

Additionally, Buller explains that those with existing traumas or underlying mental health disorders are more at risk for spiritual emergency-type experiences. “I come back to Grof’s notion that psychedelics are ‘non-specific amplifiers of mental or psychic processes,’” he explains. “If someone is already dealing with a lot and difficult content is brought to the surface and amplified, they might not be able to contain it without a proper set and setting or support.”

In the context of psychedelics, spiritual crises can occur when there is an expansion of consciousness that happens without adequate containment. For that reason, most spiritual emergencies triggered by psychedelics don’t occur in the context of clinical studies, but rather through recreational use, self-exploration, and even ceremonial use. Arguably, within plant medicine ceremonies, there are clear parameters that contain the experience as it is unfolding, however, upon leaving the container of the ceremony, most individuals go back to their normal, everyday lives, and this shift can be challenging.

Research fellow at the Centre for the History of the Emotions at the Queen Mary University of London, Jules Evans, detailed his experience of a psychedelic-induced spiritual emergency in his self-published, Holiday From the Self: An Accidental Ayahuasca Adventure. In Evans’ case, he went to the Peruvian Amazon to participate in an ayahuasca retreat.

Although Evans gave it careful consideration and had a positive experience at the retreat, once he began travelling back to Iquitos, he found himself feeling disconnected, and moreover disorientated. As the days passed by, an eerie and intense feeling of doubt around his sense of reality washed over him. In an article recounting his experience he writes, “When I got texts from loved ones, I thought my subconscious was constructing them. I felt profoundly alone in this fake reality.”

Evans had previously spent time studying ecstatic experiences academically, and was partially familiar with the concept of spiritual emergency, helping him to not “freak out.” However, for most of us, that isn’t the case and when spiritual crises start to unfold, not knowing what is happening can plunge us into a deep state of fear and terror.

Another reason why those who experiment with psychedelics are more prone to spiritual crises is the lack of cultural support. Buller places emphasis on the need for adequate cultural containers, suggesting that the fact that psychedelics and plant medicines are not accepted by dominant culture poses another hurdle for integrating these experiences.

“When a person has a profound experience, where do they turn or seek support? Does the cultural cosmology around them embrace these types of experiences and if not, how does that exacerbate one’s difficult experience?” Buller says.

In Western culture, we have lost the cultural frames and mythological maps that could usher us through intense experiences of psychospiritual opening, a process that we need to go through at times. Reflecting on this subject in a 2008 paper, medical anthropologist Sara Lewis, explored how Westerners are at increased risk for experiencing spiritual crises and psychological distress following ayahuasca ceremonies due to what she describes as a “lack of cultural support.”

Spiritual crises have been suggested to resemble instances of ‘shamanic illness’ as experienced by shamanic initiates in certain Indigenous cultures. Compared with those in Indigenous communities, however, Westerners lack community resources and guidance to contextualize experiences produced by psychedelic plant medicines and often fear becoming mentally ill as a result.