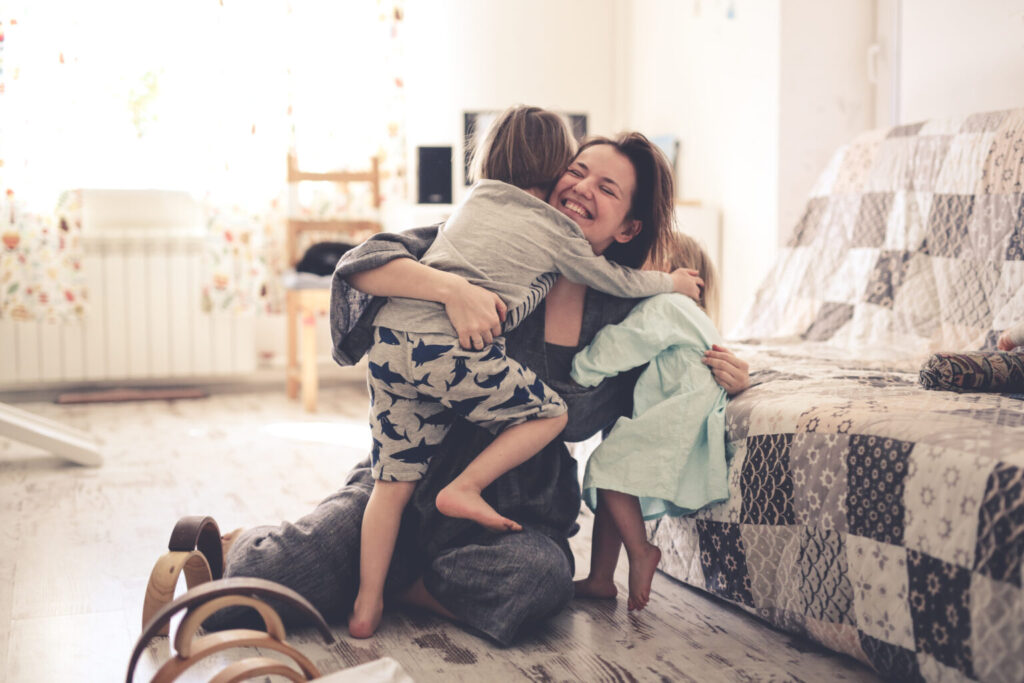 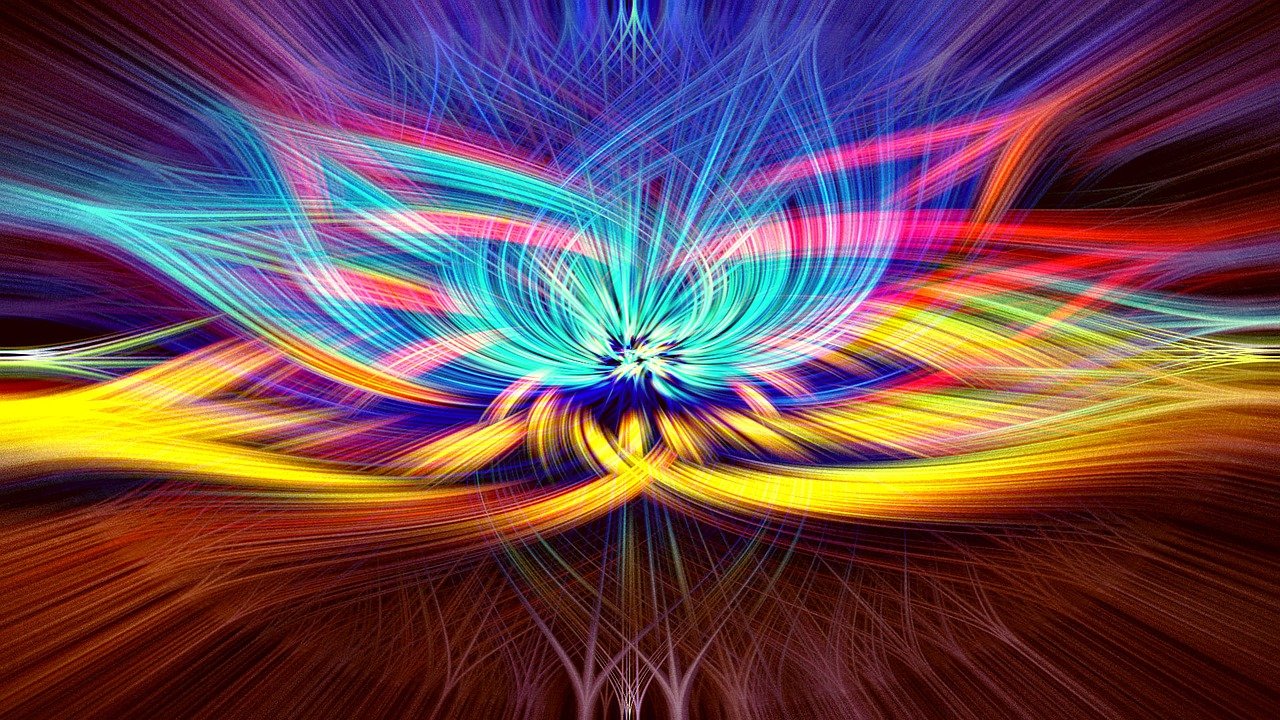 Raising children requires a lot of patience, compassion and energy, which is why parents like me turn to microdoses of LSD.

My introduction to LSD happened in 1997 at Penn State University. Phish’s Lawn Boy CD acted as the soundtrack and de facto tour guide for that trip. It was such a fantastic experience that I crammed seeing dozens of Phish concerts on psychedelics into my college curriculum. The acid ignited my senses and soothed my soul; worries about my future and body fat percentage faded and I could live in the moment; one with the music. Then late one night in 2004 atop a muddy mountain in Coventry, Vermont, Phish momentarily ended and a new era of my life began.

I met a man. We fell in love. Swept up in the fairytale romance, I was blissfully unaware that my freewheeling, psychedelically enhanced Phish festival days were being replaced with the crushing realities of juggling a job with family life and childcare concerns. For years I feared that I would never find balance without making myself—or my husband and kids—miserable. Luckily Phish and LSD still play an important role in improving my life, though in much smaller doses. So how does a modern mom—between work, cheer practice, swimming lessons, and PTA meetings—find time to start microdosing lysergic acid diethylamide?

How Does One Become a Microdosing Mom?

In 2009, I was too busy working long hours at a weekly tabloid magazine, planning my wedding, and buying a house to care that Phish reunited. During the next few years, life changed so rapidly in such a short amount of time that I lost sight of my own needs and could feel the light inside me dimming. I got married in October and was pregnant by Christmas. Those were happy days, but just a week before my daughter’s first birthday (and the day before my own birthday) my father died undergoing heart surgery.

The day after his funeral, I dropped my one-year-old off at my mother-in-law’s house in an utter haze before heading to my first day of work at a brand-new celebrity weekly magazine. Quietly sobbing in a bathroom stall during lunch and panic attacks before editorial pitch meetings became my normal routine, while everyone I loved told me that the demands of the job would be the best way for me to get through my grief. I wanted to believe them. Instead, I felt sadder and meaner to those closest to me as they reminded me that I was no different or special than any other working mother. My doctor gave me a lecture on my weight gain and a Prozac prescription.

For years, I self-medicated with too much cannabis and wine and popped Prozac. I quit it all to get pregnant again. My second daughter was delivered in distress at 31 weeks. She weighed just two pounds. I was too scared to celebrate her birth and fell deeper into depression. Today she’s a strong-willed, fearless five-year-old and I love her more than words can express. The entire NICU experience left me with severe PTSD, which I had no time to truly treat because I had to get back to my magazine job. I spent just two hours a weekday with my girls and half that time I couldn’t wait to put them to bed because I was too mentally drained and depressed to find any joy in the motherhood journey.

When I got laid off a year later, I felt relief for a brief moment before the anxiety, despair, and depression of not having a steady income crept back into my brain. Of course, there is no time to properly deal with those feelings when you’ve got a teething toddler and curious kindergartner. I desperately wanted to be a better mom, but some days all I could do was prop them up with snacks and the Disney channel and weep silently in the next room. I know I’m not the only parent that experiences this.

Could Parenting and Psychedelics Go Hand in Hand?

“When you’re a trauma survivor, you think you’ve healed and then you have children and they just push you into your shit,” Pepper Wolfe, a New York-based yoga therapist and wellness coach tells Psychedelics Today. “After my first was born I was struggling with postpartum [depression] and then my mom was diagnosed with pancreatic cancer. She died when I was six months pregnant with my second and I could not snap out of it. No amount of meditation, yoga, talk therapy, or breathwork made me feel better. I was hitting a wall, not getting better.”

While Wolfe, who is also a licensed social worker, recalls feeling short-fused and super-triggered by normal childhood things, like tantrums and messy meals, I flashback to my own experiences with my young daughters. “I fell apart and was not the mom I wanted to be,” Wolfe tells me. Her dark days could be my dark days. And then, while cleaning her basement she found a long-forgotten stash of magic mushrooms. She took them. “And it was powerfully transformative in my perspective, my reactivity, my patience, and how I felt my body,” says Wolfe. “It was like the lightness came back.”

While that was a full-on trip, Wolfe says that she has since learned how to use psychedelics “in a more disciplined, formal way,” which has helped her to be a better parent by healing her past wounds. “I found that things that I had been working on for years in talk therapies, these issues were just clearing up, these blocks were being removed, and I was having new insights.”

Curiosity got the best of me once I noticed microdosing being discussed as a sort-of-Hail-Mary-miracle in my Phish-loving parents’ social media group. I recalled the bliss of tripping at a show immersed in the sounds and lights and energy. Though I have no desire to melt my face off and then attempt to make patty melts for family dinner, I did wonder if microdosing could be the key to calming my short-fuse and lack of patience for the nitty-gritty of parenting.

Obviously, taking a do-it-yourself-at-home approach to dabbling in psychedelics is not for everyone. I’ve used cocaine in conjunction with Weight Watchers to lose 100 lbs., so I may be a little crazy, but I’m also open to experimentation for the sake of self-improvement. That’s how I ended up asking a friend to “get me some Lucy.” I skipped the shrooms and went right for the chemical because I have never been a big fan of psilocybin—it  gives me intestinal distress, that is, if I could even chock them down, which for me, is a bad way to begin a trip. Plus, I’ve always preferred the smooth climb to the peak and comedown cycle of an acid trip as opposed to the continuous up and down sensations I experience on psilocybin-containing mushrooms.

My friend showed up with a little, inconspicuous bottle and said, “This is such a small amount, I can’t charge you.” He left with a carton of eggs from our backyard flock. I stood, alone, in my kitchen looking at that tiny drop encased in amber glass. No one was home; I had hours alone ahead of me. I thought back to that night at Penn State and all of the Phish shows where I felt carefree. Yearning to feel some iota of that joy again, I touched the tip of the dropper to my tongue. Must be a microdose, right?

Twenty minutes later I was at the grocery store, giggling about cheese names and wandering around the glossy stacks of apples and pears in produce. I patiently waited with a smile on my face to pay for the manchego. Back home the living room curtains rippled and dewdrops glistened like chunky metallic glitter on each blade of grass in the backyard. Giggling uncontrollably, I realized this might be more than a microdose.

An acid trip can last anywhere from eight to 12 hours on average. When my husband walked in, I informed him of my microdosing misjudgment. We laughed and he promised to get the kids off the school bus and handle homework duty. I asked Alexa to “play Phish songs” and danced while dusting the house, enjoying the burst of energy. As the sunset on that evening, I began to come down but still had the energy to run around the backyard helping my girls catch and release fireflies. I felt genuinely connected to them for the first time in as long as I can remember.

Brad Smith* had a similar experience. The father of two tells me that microdosing LSD “continues to bring me to a more open and understanding place in my daily life, which includes dealing with my two toddler boys. Empathizing with a struggle they are enduring that I would have considered trivial previously, has helped me to better communicate and provide for them.”

Remember, the whole point of microdosing for me was to get mentally healthy and happier without actually hallucinating. Since that day, I’ve learned 10 micrograms works best for my body—I spent a week experimenting while my daughters were on vacation at their grandma’s farmhouse. And I can honestly say that microdosing has made me a better parent by easing my depression and making me more approachable. Plus, I’m more active, aware, and available to my girls both emotionally and physically. I delight in playing games and crafting with them and even have the energy to race around the backyard playing Freeze Tag. I am still in awe of the fact that a tiny bit of LSD helps me to be the mother I’ve always imagined I’d be. I can’t say the same for Prozac.

What The Experts and Other Microdosing Parents are Saying

Much like my own experience misjudging a microdose, it’s a common occurrence. Adam Bramlage, who hosts a microdosing course for DoubleBlind Mag and is the Founder and CEO of Flow State Micro, explains to me that the very first thing a person needs to do is dial in their dosage. “It’s important to remember that a very small amount of LSD—especially in liquid or even paper form—can be very, very strong,” says Bramlage. “It is important for parents to start low and go slow—that’s somewhere between 5 or 10 micrograms. Once they find the ‘sweet spot,’ which is the dose that they feel but doesn’t have that classic psychedelic effect, they can experiment with protocols.”